How to differentiate: ideas and tips 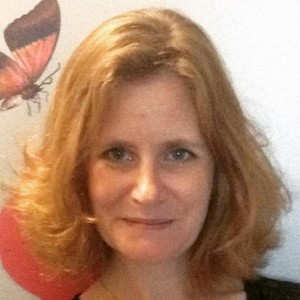 It often seems unsatisfactory and time-consuming to differentiate lessons. Is it worth it? How to make it really efficient? How to do it practically? Indeed, differentiation is tricky but here are a few ideas that I’ve tested for you since the first day of school this year.

Why oh why should we differentiate lessons?

First and foremost, there’s no arguing why we need to differentiate lessons: it’s our job to make our students progress. That said, making an adapted version of each lesson, every single day can seem impossible. However, as Mandela said, it always seems impossible until it’s done. So this year, one of my main objectives is to think ahead and differentiate lessons to make them meaningful to my dyslexic students, my autistic ones, my English-speaking or non-readers ones. And that is a challenge!

The problem with 6e: how to differentiate lessons with beginners?

My Spelling Bee Competition unit is a success! It’s been one since its creation back in 2013! And I started it in my REP school.

The first striking thing is that back in 2013, our students in 6e would arrive with about the same level: quite low, with only a few words that they were able to say and not write. In 2018, five years later, heterogeneity is already visible on the first day in 6e. Some can WRITE proper sentences and can have a short conversation, some barely can SAY their name and age. And differentiation is the only way to build a lesson with them!

Because, let’s face it:

How to differentiate a Spelling Bee

My main objectives were:

I differentiated every activity through the unit:

A lot of my students watched the video to color the letters and got it immediately. Therefore, I just checked their understanding with an interactive activity. However, some of them had to revise the alphabet before doing this activity, so we sang the Ray Charles version and we wrote it using key sounds.

While watching the trailer of Akeelah and the bee or the video with the contestants, some students could already reuse structures seen in the previous unit (« there are students, there is a microphone »), some couldn’t. So, I paused the video and a student would come and point to an important element, another one would name it, and a third one would make a sentence : this is a microphone.

Finally, when revising for their final task, they discovered they could choose their challenge: they chose between two word lists (basics and spelling bee) so even the final task was differentiated! Within the list they can even choose the sub-level they want to be questioned on!

Was it more time-consuming?

Apart from thinking ahead and imagining basically 3 ways to achieve each goal in a lesson, I must admit it didn’t increase my prep’ time. Working with groups has helped a lot, because this time I changed groups according to the objective:

Tomorrow is the final step of our Spelling Bee Competition so I prepared my word labels with two levels and 3 sub-levels for each. Although it seems difficult, it’s not!